"Sound and music will become the medicine of the future."  When I read those words of the American psychic Edgar Cayce 40 years ago I had no idea that I'd live to see sound as a healing tool or that I'd be actively involved in it.  Yet, sound and sound healing appears to be a topic in the forefront of the scientific and spiritual communities.  If you Google the word "Sound" you'll see almost one billion results 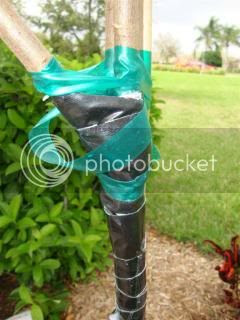 while the words "Sound Healing" has 2.7 million results.  Sound Healing is a modality whose time has come as evidenced by the preponderance of practitioners, researchers, professionals and students actively immersed in it.
For years I've studied sound with esoteric teachers.  I read about and researched scientific documents and spiritual manuscripts on the subject.  I imaged it in sacred visionary art.  And I learned about vibration and frequency at intensive seminars and retreats.  Finally, after years of study, I experienced sound at a profoundly deep and personal level while in a state of meditation.  Instead of understanding sound at a mental or intellectual level, I became sound.  The experience was so powerful I knew it was time to teach others how to understand it, hear it, feel it, and experience it.  But my experiential lessons were not over yet for spirit wanted me to put into practice what I'd learned about sound throughout all those years!
In the summer of 2010 I planted a six foot tree to replace one lost in a storm.  Though not as hardy as its predecessor it flourished through the fall.  Then in December a wind-storm struck the tree, tearing its trunk into 3 pieces and leaving the pieces hanging by shredded bark.  The obvious choice was to bemoan the loss, dig it up and plant something else.  But an inner voice whispered, "heal it!"  So, instead of cutting it down, the 3 limbs were pulled together and stitched up with duct tape.
I talked with the tree, telling it what I was going to do.  I knew that everything in the universe was vibration and that intention, imagination and sound could heal.  I told the tree that it was going to heal and that I would use sound vibrations to assist it.  So, every day when I passed the tree, I put my hands around the swollen bandaged area and toned harmonics and sound into it.  I visualized the 3 limbs coming together as whole and complete.  I saw the sap within the small trunk bringing life to the severed area.  I continued doing that for two months. 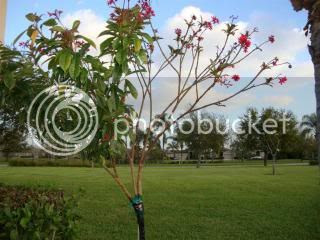 In March, just a few weeks before the vernal equinox, the tree looked like it was going to bud.  I held out hope, sensing that it might return to life.  One of the limbs was robust, filled with deep green leaves and red flower buds.  The other two limbs didn't look as healthy.  Still, I continued talking to it, sounding it, and toning healing notes into it.
The great Sufi mystic Inayat Khan said sound can be magnetized by the voice of the singer and that "the closer to nature it is kept the more powerful and magical it becomes."  The photo above is the tree in Spring of 2011.  While one side is clearly more vibrant than the other, nonetheless there are small leaves and red flowers on the other two limbs.  The tree was talked with and sounded with healing tones almost every day.  It appears to have survived its ordeal.  Some might say that you can "fix" anything with duct tape.  I know that daily doses of sound healed it!