The Power of Yes!

The Power of Yes

I never gave the word "Yes" much thought before. It was simply an affirmative reply to a question or the opposite of "No." And surely, "No" is more frequently the word of choice. When uttered, a great deal of energy, cajoling and arm-twisting is 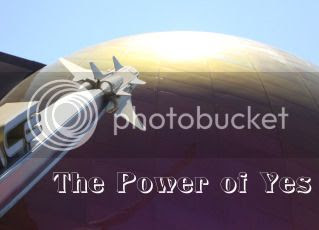 expended to get from the negative exclamation back to the positive. Consider a twelve year old who wants to go to a rock concert which the parents do not feel is appropriate.

Then one day a highly attuned spiritual teacher suggested using "Yes" as a metaphysical practice. He said the next time you're confronted by a person whose opinions are vastly different from your own, and who wishes to debate, take a stand. Agree with whatever is presented to you. No matter what is presented! If someone hands you a white sheet of paper and says it's black, agree with them. If your views are well thought out, serve you well, and you're firm in the conviction you hold there is no harm in saying to the other person, "Yes, you are right!"

When asked why this practice was so important he said it teaches an individual how to control the ego! Furthermore one will engage neutrally with all impassioned 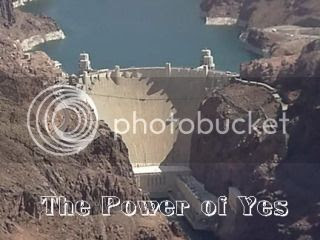 personalities, thereby defusing the situation. And finally, one gains Buddha-like mastery over unpleasant or uncomfortable situations. So I decided to try it the next time a confrontation loomed. It wasn't long in coming!

A particularly volatile individual contacted me by phone one day. In her usual aggressive and argumentative manner I mentally prepared for the coming clash. As her long held angers surfaced and her accusations engulfed me, the words of my spiritual teacher gently eased into my consciousness. Instead of responding in kind which was the normal way our conversations usually unfolded, I said nothing and just listened. The force of her rage continued unabated. Finally she noticed I'd said nothing for over twenty minutes. Seemingly exhausted from the one-sided argument, she asked if I had anything to say. I simply replied, "Yes, you're right!"

The power of those words apparently stopped her in her tracks because all she could sputter out was, "What do you mean?" I again responded, "Yes you're right!" It was not what she expected. With no where else to turn, and no opposing argument coming back, the tirade soon subsided and a more pleasant conversation eventually emerged between us.

The word "Yes" only contains three letters, but when spoken, the power of its meaning can 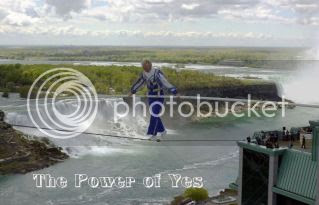 change the world. In that confrontation I was to learn that "Yes" acknowledges hurts, angers, and untenable positions; that "Yes" eases the lonesomeness that causes others to lash out; and that "Yes" disarms opponents and diffuses angry situations. I still had my own opinions about everything that she said. But by not engaging in the confrontation I was suddenly detached from its outcome. No longer concerned with being right, the pesky ego took a back seat and I was finally free of that endless argumentative cycle.

In the space created by two saying "Yes" a quantum bubble is formed. From that place expectations can soar and anything is possible. Even world peace is attainable! Just say, "Yes, you're right!"