Walnuts And A Piano

Walnuts and a Piano

There's a rhythm to life. It's a musical quality that asks us to hear the cords and feel the vibration of sound that carry our emotions from the highs through the lows and back again. The recognition of this rhythm allows us to live in balance and to 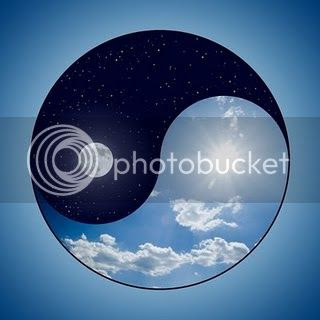 enjoy the music of life.

This time of year always pulls at my heart and mind with sweet remembrances of the rhythm of childhood. Perhaps it's the blustery feel to the weather, the knowing that winter is soon to come, or a recognition of the gentle turn of the seasonal cycles. Certainly ancient cultures honored this time of year, the time of the thinning veils. The Celts honored it with ritual and the ceremonies of Samhain. This time of year creates an opening that allows for the fine tuning of my inner nature and with it, the ability to appreciate the song that became who I am.

Autumn is a time of preparation for the mysterious and sacred winter-time ahead. In California, where I grew up there wasn't a winter that was severe or dangerous, yet there was still something otherworldly about it.  It was a season of deeper inner silence.  During this time, as we made ready for the shorter days and longer, mysterious nights, we felt closer to something magical.  Of course, much of that magic revolved around that most sacred of children's holidays, Christmas.  Christmas required great preparation and just as the ancient people we had our own rituals that readied us the special time ahead. 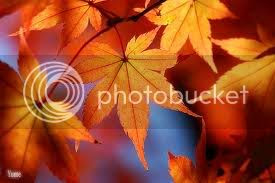 One particular autumn shaped my life forever more. Our mom cooked good food that was as delicious as it was nutritious. In fall she prepared for the holidays by baking cookies - lots of them in a great variety of shapes, flavors and textures. Cookies are a treat that nourish us on so many levels. They bring joy to the taste buds, a lightness to the mind and a healing of the soul.

But the kind of baking our mom did required lots of ingredients and some were expensive and hard to come by in those days. So every October our family was packed into the car for an hour drive south of our home in San Jose to a place where the main north south road, highway 101 narrowed to 2 lanes and where towering black walnut trees lines the road. There we'd park the car as each of us were given burlap bags to fill with the green round pods that had dropped from the trees. These pods held the treasured meat that would in December become Russian tea cakes, one of Mom's specialties made only when the weather was cooler. I could almost taste them as I gathered my walnuts in my sack.

I knew the whole procedure by heart. I knew this movement of our life's musical 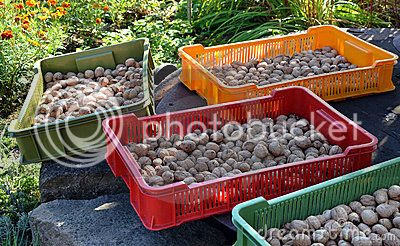 movement well. When we got home my dad would lay 2x4s on the ground and nail them together to make a pen to hold the walnuts while the outer shells dried out in the sun for weeks. When they were ready to be hulled he took his large carpenter's hammer smashing the thick outer shell tossing them onto tin baking pans. Then each evening we'd all dig out the precious tasting walnut meat for the inevitable holiday baking to come. All of this lay in the depths of my psyche as we hunted for the round treasures hidden under the fallen leaves of the great old trees.

That particular year mom needed to use the restroom on our trek home from the walnuts. In that part of the world, on a blustery fall Sunday, there weren't too many options for her. My father found a seedy looking bathroom on the outside of a dilapidated filling station where the gas attendant barely looked up as he pumped gas into our station wagon.  When mom came back to the car she was carrying a big leather purse which she didn't have when she left. She and my dad held a muted conversation but I caught snippets of it. "Someone left their purse..." "I don't feel right leaving it..." "Would you trust..." 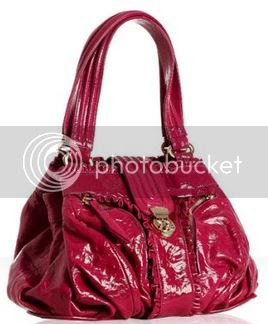 I think there were more walnuts to be had but something had changed and we headed home. The bags of walnuts were piled in the backyard forgotten now as we gathered round as mom and dad opened the purse tentatively. My parents were honest hard-working folks so we could see they felt like sneaks just opening the bag to see if there was some id in it. Even before they'd opened it there was talk of placing ads in the personals to see if the owner could be found. Each article was removed and placed carefully on the kitchen table, some tissue, a wallet, a comb, a huge diamond ring. Even to a kid's eye, you could tell this was very valuable, And then the one thing they had hoped to find, an address book which identified the owner.

They immediately called the number in southern California. The son answered and as soon as Dad told him what they'd found he was jubilant. His parents had called a few hours before, devastated that his mother had lost her purse. They looked everywhere, drove miles back retracing their stops to no avail so were cutting their trip short and coming home. He had no way to reach them until they arrived home as it was well before the time of cell phones. Instead he told my father that the ring was his mother's wedding ring and very valuable. It seemed she usually took it off when in the car as her fingers got swollen when she sat for long periods of time.

Arrangements were made to return the purse and everything in it was packed with great care. The next day it was mailed, insured and sent to a woman we had never met. When it arrived, the lady called, thanking my parents for their honesty and for their kindness. My parents assured them it was no problem, and not to give it a 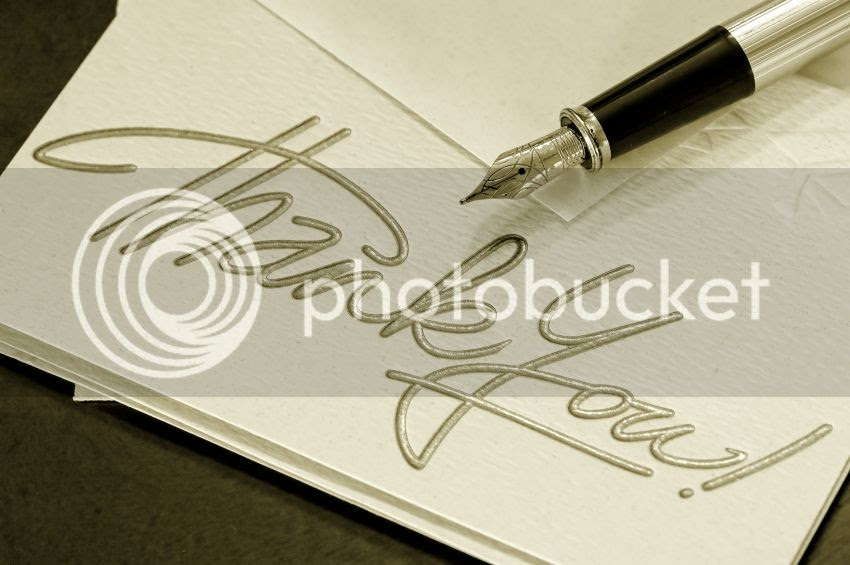 second thought. I could tell by the smiles on my parent's faces that their reward was the warmth that comes with bringing great joy to someone and in this case someone they would never meet. Then the incident was forgotten and we went back to our rhythm, the walnuts were laid in the sunshine to dry, children went to school, fathers to work and mom kept the home fires burning.

A few days later, a letter arrived in it was a check for $300, a small fortune in 1961. It was a small token of their gratitude from the lady and her husband. The ring had been in the family for a very long time and was irreplaceable. My parents called them saying they couldn't accept it as they had only done what anyone would have, but the lady insisted. She said that many would not have returned it and that they had the money so it would was a pleasure to thank them. It turned out that was the amount of cash the woman had in her wallet when it was lost but my parents had never even looked in the wallet.

Mom wanted to use the money to pay bills and maybe buy nice Christmas gifts, but 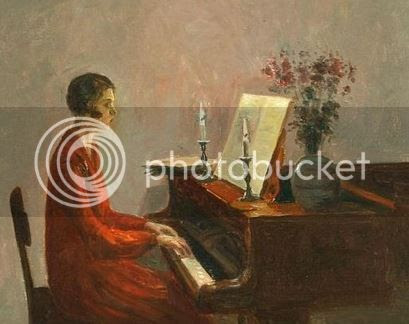 dad was adamant. "You are going to get something for yourself; something that will make you happy." A few weeks later, a used upright piano arrived. My mother who had learned to play as a child sat down and was in her element.

That Christmas there was music, real music, not from the radio but from our mother's fingers and from her heart. And much like the home baked cookies the music was sweet and nourished us in unseen ways, body mind and spirit. The piano reset the rhythm in our household and the music in our lives. This fall just like every other fall, I think of walnuts and a piano and how that came to be such an indelible memory in my life.
Patricia Cockerill - October 2013
Posted by StarSoundings at 1:21 PM 1 comment: