My Cup Runs Over

My Cup Runs Over!
by Patricia Cockerill

India was a chaotic bubbling cauldron of overcrowding, poverty, dirt, and unpleasant and offensive smells that I grew to despise. Especially when every morning we made a pilgrimage into the "Basti" a poor neighborhood where Inayat Khan's temple-tomb 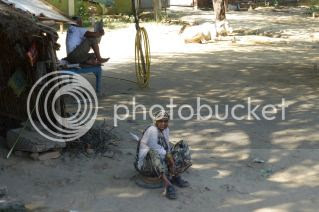 was located. On the walk through the Basti I saw people living on sidewalks without even a tarp overhead. There were narrow dirty alleys weaving through the hovels with what appeared to be frightened and strange people staring back at me like I was an intruder. In fact, I felt that I was.

I could not understand how these people could live under such horrid conditions. They had so little while I had so much. My heart ached for the barefoot children dressed in rags; for the emaciated animals - goats, dogs, an occasional pig. India for me was not exotic, it was a horror. Each day I found myself withdrawing my heart deeper into my chest so I could walk through this scene without feeling the pain or the fears that were welling up. All I wanted to do was get out - out the dirt, out of the poverty, and out of the pain that I witnessed everywhere I looked. 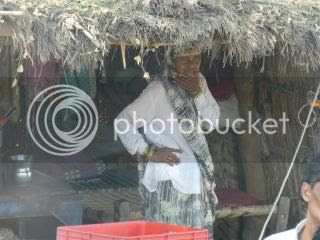 One morning I asked the spiritual leader of our trip, "How can this pain exist on the planet and on this massive scale?" He saw my struggle and said, "Let me get back to you..." The next morning at breakfast he told me the answer had come to him in a dream. He said, "It depends on your perspective. When you see with the mind you are one of the patients filled with the pain. When you see with the heart you are the doctor. Through that love you able to help ease their pain."

Without words, I had been praying for an answer, and praying for help without realizing I was praying for help. When I heard his reply something happened to me. My hardened "protected" heart cracked open and I began to cry tears of joy. Everything changed in an instant. I saw a whole new India I'd not seen before. It was as though my heart grew eyes, ears and nostrils. Yes, the squalor was still there, the smells of raw sewage still existed, and everything was still covered in the pervasive dust. But I was also seeing the color, music and sweetness beneath the canvas that all of India had been painted on. 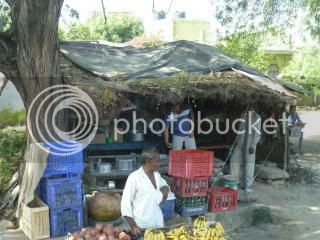 I felt a connection with every being in every shop, in every rickshaw, and in every humble person sweeping debris on the streets of Delhi. In the ramshackle hovels I  now saw a business enterprise supporting a family and I became part of the ebb and flow of that life. I realized it was the God within me that was seeing India anew. It was not me, nor this ego that judges everything as good or bad while pushing away anything I could not understand.

Because of my fear and anger at the horrors on the streets of India, I had missed almost a whole week of India. I had pulled inside and shut the door; missing out on the Qawali musicians that play chants at the mosques where everyone gathers around and joins in joyously. All that I had been able to feel was the oppressive heat, the crush of strangers invading "my" space, the extreme poverty and the ever present odors.

Our local guide Sanjay who grew up in India though he now lives in Boulder,  explained how life works in India, how the people live, how they think, and what their expectations are. He said, "Notice how everyone smiles. They don't know they have nothing." What he said was true.  I saw more smiles on these faces than I 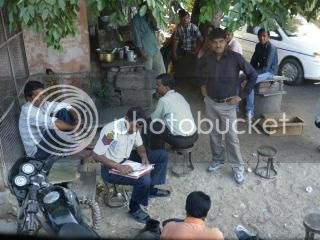 usually see from people at home who have so much. Sanjay's lessons were to continue for most of the trip.

Traveling by bus from Agra to Ajmer, we had to stop and pay local taxes as we went from one region to the next. As the driver left the bus to attend to the taxes, I noticed a small shop on the side of the road. The shop had tree branches holding up a roof made of black plastic and twigs. The counter-top was an old worn wooden plank with a few items for sale. Sanjay explained that the whole family lives in the back of the shop. He also explained that in the East they believe that every guest is God and that it is an honor to serve the guest.

In the hut an old woman smiled at us. Sanjay said she was offering us her hospitality so he got off the bus to sit with her. I watched them laughing and talking. She offered him a small terracotta cup, home made and fired in the woman's cook-fire. She was about to pour hot tea into the cup. But as I watched him he shook his 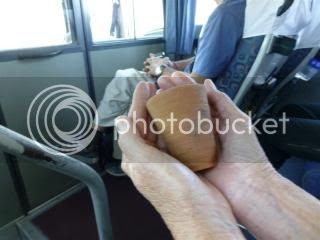 head "no." Instead, he pressed a few rupees into her hand while taking the empty cup. Then he returned to the bus.

When he got on the bus he handed me the terracotta cup. He said he'd told the old woman it was for someone on the bus so she would be remembered.  I held the precious cup in wonder as my heart melted in my chest. Sanjay could see how much it meant to touch such a simple offering from someone who I considered had nothing. Yet, it was the most precious gift that I brought back from India.
In that moment, when he saw my eyes fill with tears, he knew. With this simple offering, I had shared a spiritual experience with a fellow human being - a woman 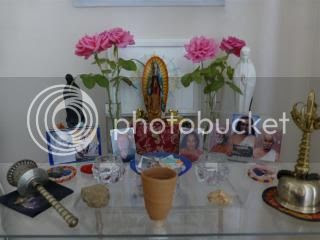 who gave her guest (God) a cup of tea, and a man who understood that a small terracotta cup, made by a strange woman sitting in the dirt, had transformed me.

Her terracotta cup now sits on my personal altar, reminding me of the indelible life lesson learned on the side of the road in India.

Posted by StarSoundings at 10:58 AM No comments: