The Purposeful Times
What We Hear

Climate and planetary changes are evident everywhere. 6.6 billion people in 195 countries are causing massive ecological, religious, political and cultural changes that are straining the earth's 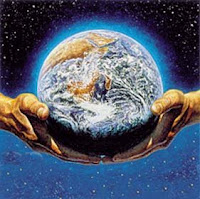 resources. Wars, disease, famine, oil and water shortages, and the breakdown of health and wealth systems are daily fodder in the news. Doom & gloom predictions and fear-based scenarios also receive worldwide focus via the internet or through emails.

Ancient prophecies, including recent ones like Edgar Cayce's earth change prophecies, foretold all of these events. One of Cayce's prophecies in the 1940's said we would instantly communicate with one another all around the world through ESP. What he called ESP was actually the Internet or CNN. Both of these worldwide communication vehicles told us that in October 2007 a massive eruption in the heavens created 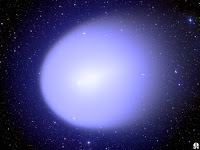 an enormous blue comet called Comet Holmes. It was so large it was visible to the naked eye and dwarfed our sun. Both the Hopi and Mayan prophecies said that major earth changes as well as changes in consciousness would begin in a 7-year window "when a large blue star" appears. So, is this the end of our time? Or is it the beginning of what can be a great new beginning in consciousness evolution?

What Can We Do?
There are many ways we can shift from the old structure to the new. One of the first is to embrace the fact that we're a global community so everything we do in the 7-year window must be for the highest good for the WE instead of the ME. Next, we must recognize that WE are the creators of the new earth. We created the old one so surely we can create the new one. 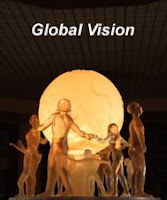 We're bombarded with news, phone calls and emails on the dire events of each day. Be aware of what's going on then create what you wish to see. When the many emails spewing fear, anger or hatred pour into our in-boxes, take a moment and ask a simple question before sending it on to your distribution list. Does the point of view in the email serve the vision YOU want to create? Or does it contribute to the fears sweeping the atmosphere? Do we ever take the time to research where the email originated? Doing this takes alot of time and requires us to use judgment and discernment. But more than that it asks us to be responsible for our contributions to the vision that we want to create and hold.

Last week we received two forwarded emails. One was filled with reprehensible remarks about women and minorities attributed to Senator McCain, the other spewing fear filled conspiracy and Illuminati theories about the global financial meltdown. Neither email "felt" right so we investigated the origin of both. The first was allegedly written by a college Professor in California whom we contacted. She said she'd been bombarded with thousands of emails from around the country and had spent hundreds of hours disclaiming any involvement with the hateful email while trying to reclaim her reputation. The second email originated from a white supremacist who held extreme right-wing views including suggesting that illegal aliens should be shot on sight. So, do you take the time to research each email that you get? Probably not! But if those emails don't support an uplifting vision of the earth you wish to see, or support your spiritual views, then delete them! We're either creating solutions or we're part of the problem.

What about the uplifting emails? Most of us have heard about the October 14th prediction from Australian trance medium channel Blossom Goodchild that a "lightship" would appear over 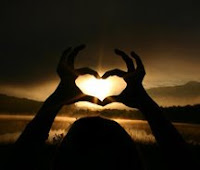 Alabama in the "southern Hemisphere." There's been so much speculation about this. Will it happen or not? Will it be delayed? We're not ready for this! Whether or not it physically appears, the channeled information about this "lightship" has already appeared in our hearts. It's been there for a long time simply waiting to become real. The "message" that she channeled said, "We come to give you hope - we come in love - we come in peace - be in joy - we bring you an understanding of love." This message isn't new. It's one that's been uplifting our spirits and transforming our consciousness for so many years. Isn't it what we wish for everyone? Do we need to see something physically in order to believe and know what's already in us?

During last week's BBS UK Radio program with hundreds of thousands of listeners around the world, I was very fortunate to have one of my questions to Blossom answered. In response she said "There's a mass acceleration and awakening on the planet though some will deny it. Our vibrations have risen as we open to a higher way of love." She continued, "Do not hate those in Government, be in a state of love for them. There is a love so strong emanating. Live in it. Be in the now and focus on that, not on fear."

Whatever appears or doesn't appear tomorrow, the message is clear and we can embrace it! We can collectively choose to hold a spiritually uplifting view. It's a view that affirms we're in the time of humanity's great awakening into its spiritual consciousness! It's a massive shift in trust requiring us to release all the old beliefs, rigid views, archaic systems and paradigms in order to embrace the new one being created. Each one of us must come to that place where we believe, we know, and we trust our own Inner Guidance; that the events presented to us may not be

what they seem to be; and when the guidance is clear, pro-actively hold unconditional love and light. When we anchor that vision we become solutions in The Purposeful Times.

In The Purposeful Times, we can set in motion, with determination and resolve, the consciousness of love, harmony, grace, compassion and unity with all Beings while recognizing our interdependence with the planet that sustains us. This is not an easy task, especially when we're bombarded by fear-based views and news. It requires us to stand strong in our Truth and to dispel fear, negativity, doom and gloom. It requires us to link our arms together, holding one another upright even when one of us might slip or stumble.

Wouldn't It Be Nice If -

Thought is energy! What we think, fueled by how we feel about what we're thinking, creates that which we want to bring into being. Instead of buying into the doom and gloom or joining that endless parade of negativity and fear, stand firm and instead think creatively of what we wish to see! Abraham has a wonderful mantra that begins, "Wouldn't it be nice if (fill in the blank.)" If enough of us fill in the blanks with thoughts and words that uplift all of us, we can't not create the harmonious world we want to see. The vision is not to see what is! The Vision is to see what we want there to be and to create it!

Remember how we felt when we activated the Prism of Light? The people who joined that event knew the power of vision, intention and thought. Many of those same people are already in front of this worldwide drama that's playing out. They've set up meditation groups or gatherings to hold the light. They've set up ministries and healing groups to serve one another. They've used their jobs to influence love and peace among co-workers. They've set up support groups to nourish the souls. They're willing to change their lives and their essence to midwife the birth of this new world.

In our city, at noon every day, two groups hold the creative consciousness of love and light for the earth and all people. We don't meet in person nor do we need to. Rather wherever we are, every day at noon we give as much time as we're able to. We visualize uplifting thoughts, images, prayers, or affirmations, of a balanced, joyful, harmonious and peaceful earth. We unite as a human family. 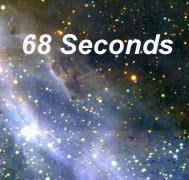 The Law of Attraction - 68 Seconds To Creation

If this vision can be held for only 17 seconds without faltering or contradicting it, then by the law of attraction another similar thought will unite with it. By holding this coalesced thought for another 17 seconds it will combust into an exponentially powerful energetic wave form. Holding for another 17 seconds increases the power by 100 and reaching the 68 second mark will cause a combustion explosion large enough for the thought to manifest. So holding the vision of love and light for 68 seconds, multiplied by all of us doing the same thing at the same time, exponentially creates over 200 million "pro-active hours" allowing us to materialize the changes we wish to see.

If we really want to have some control over ourselves, let's be conscious of our thoughts and our actions. Everyone can hold harmonic and peaceful thoughts from wherever we are! Hold the vision of the world that you wish to see and let's create it together. At noon every day, hold it for just 68 seconds and let's reverse the fearful polarity and restore the balance on earth. Remember, all is not lost. Cinderella didn't put on the glass slipper until 11:59:59! There's still time left!

Welcome to Starsoundings! I look forward to hearing from all of you. We can start spiritual topics, book discussions, current events or anything you wish. Let's get it going.

To be in the New Normal is to be in a state of alignment and synchronicity with your life, the events in your life, your beliefs, your hopes, your Truths, your Being and with the Universal flow. Alignment means attunement in a frequency band - the ability to unite in harmony in a frequency. Synchronicty means a simultaneous coincidence of events that seem to be meaningfully related. The New Normal means that we consciously enter the states of alignment and synchronicity. Without resistance or fear, we affirm and know that we can easily and flowingly manifest the world we want to live in. Living in that space, in the frequency of the law of attraction, we affirm what we wish to see, to be, to hear or to do. And it gratefully returns in the fullness of abundant life. In that fullness we are one with form, in complete surrender and full union with Divine Presence. We're in the state of boundless harmony and love called The New Normal.