Coming Around Again - The Lobster

Coming Around Again
The Lobster Story
Over 40 years ago I picked up one of those magazines you'd never subscribe to, nor 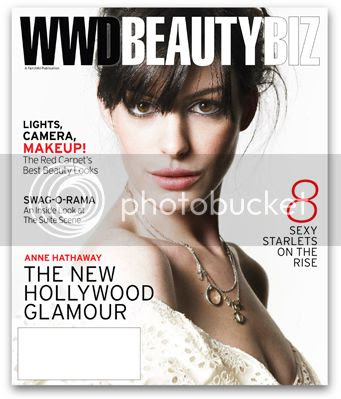 read, other than to pass the time waiting in a doctor's office.  It was filled with the types of articles that I assumed home-makers might enjoy.  But while flipping through the pages I saw a short article called The Risk of Growing by Eda LeShan that captivated me.

The author was celebrating her 59th birthday by reflecting on the years gone by.  She used each birthday to remind herself not to waste a minute of her life and to keep growing and changing.  While writing a book she'd met an oceanographer who told her the story of how a lobster was able to grow larger though its shell was so hard.  He explained that the lobster had to shed its shell at regular intervals.  When its body became cramped inside the shell the lobster looked for a reasonably safe place to hide while the hard shell came off.  While in the shedding process, the lobster was very vulnerable.  The soft underlying membrane could be crushed by wave motion on the coral reefs, or it could be eaten by larger predators.  It took a while for the membrane to harden into a new shell.  But the lobster had to risk its life in order to grow.

The story of the lobster hit a deep chord in me as I too was going through a major change in my life and felt vulnerable to the "what-ifs" in front of me.  I cut out the

article and stuck it on the bulletin board in my office where it remained for many years.  I referred to it often, using the lobster's story as guidance when changes in my life seemed insurmountable.  I knew I had to tough it out - whatever it was - so I could grow and change.

One day a friend, (let's call her Susie) came to my office telling me about the serious changes happening in her life.  She was stuck in a relationship, filled with anxiety on how to move on but looking for answers.  I made a copy of the Risk of Growing while telling her the story of the lobster.  I didn't know at the time what an impact the lobster would have.  It caused her to leave the safety of a marriage, though it was not working, and strike out on her own.

I had not seen Susie in probably 25 years.  But our paths crossed recently at a weekend gathering of old friends.  One morning at breakfast we were talking about the old days and how our lives had changed since we met.  We reminisced about a world gone mad; how possessions once valued no longer served us; about life's ups and downs; and disappointments with goals and ideals gone dormant over the years.  One of the friends expressed her frustrations and sadness with her current relationship and struggled with how to change it.  She wondered how she could reclaim the power and independence she once had without causing irreparable loss with her husband.

Susie told the story of the lobster's need to grow.  I was stunned that she knew the story.  But she reminded me that I'd given her a copy of it at least 25 years ago. She said, "Oh the lobster story has been with me since you gave it to me.  I've relocated many times, changed wallets over the years, but I always kept it.  Here, I'll show you."  She opened her wallet, moving aside photos of her husband and grandchildren and produced the now creased and aged clipping dated 1972. 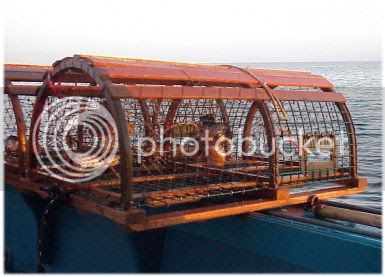 She read the story of the lobster to the group, using the analogy of releasing the too tight shell that was cramping the intuitive growth needed by our friend.  She explained how our interaction so many years ago had caused her to shed ingrown inhibitions and move forward with freedom into a magnificent new life.  She said if she had not exposed her vulnerabilities and taken the risk she would have stayed and by staying, "died" in the relationship.

Life's circumstances cause us to grow and change whether we like it or not.  We all know when the shell becomes too tight and uncomfortable.  We become fearful, irritable and depressed.  Some may stick it out confined by the shell and suffocating the very life inside.  The brave ones leave the safety of the shell, venture out into the unknown, and trust they'll not get swamped as the new shell emerges.  Surrendering to that vulnerability and trusting in the process is the ultimate lesson of survival.

Eda LeShan shed her physical bindings in 2002 journeying into spirit.  But her story of the lobster continues to teach and inspire forty-two years after it was published in Women's Wear Daily. 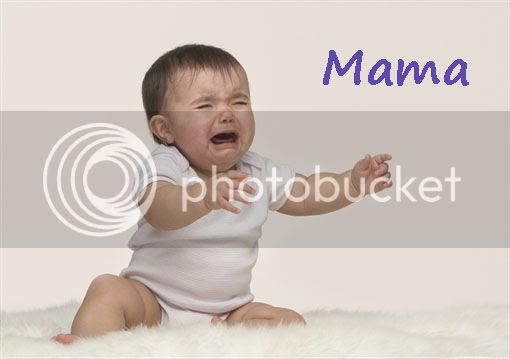 "Mama!"  It's the first word a child says.  And, it doesn't matter what country the child is in.  For the baby-babble term for mother is the same in China, Poland, Africa, Peru, Russia or the US. When a baby wants something it cries out for Mama.  When it's anxious it sounds Mama.  When it's happy it beams Mama.  For the child, Mama is the center of its world.
On a recent foray to the grocery store I was watching a year old baby interact with its mother.  The baby was content to chew on a toy, but every so often she looked up to insure that connection with her mom was still there, by saying, "Mama!"  Each time, her smiling mom bent down to the child replying, "Yes, Emma" which elicited a giggle from the baby.
It was a simple interaction, but one that caught my attention.  What was this 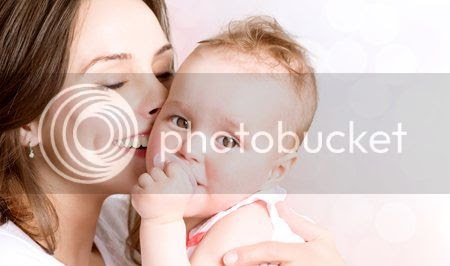 gentle checking in with mom?  What memories or needs were being activated in the baby?  And why was the mother being summoned and not others around the baby? I recalled the teaching of a Sufi mystic.  He said look beyond what was appearing and you would find what was actually transpiring.  So I did.
What was appearing?  A baby was periodically calling to its mother who was answering it.  But what was transpiring?  It was trust.  The mother was the source of the baby's well-being.  The mother was the individual with whom the baby identified, called it "Mama" and she trusted that Mama would hear and tend to her needs. But something else was transpiring.  The baby's connection with the mother was a metaphor of humanity's connection with source.
Somewhere between childhood and becoming an adult many have forgotten how to Trust in the Mother Source.  They've also forgotten how to contact it.  Sadly, when 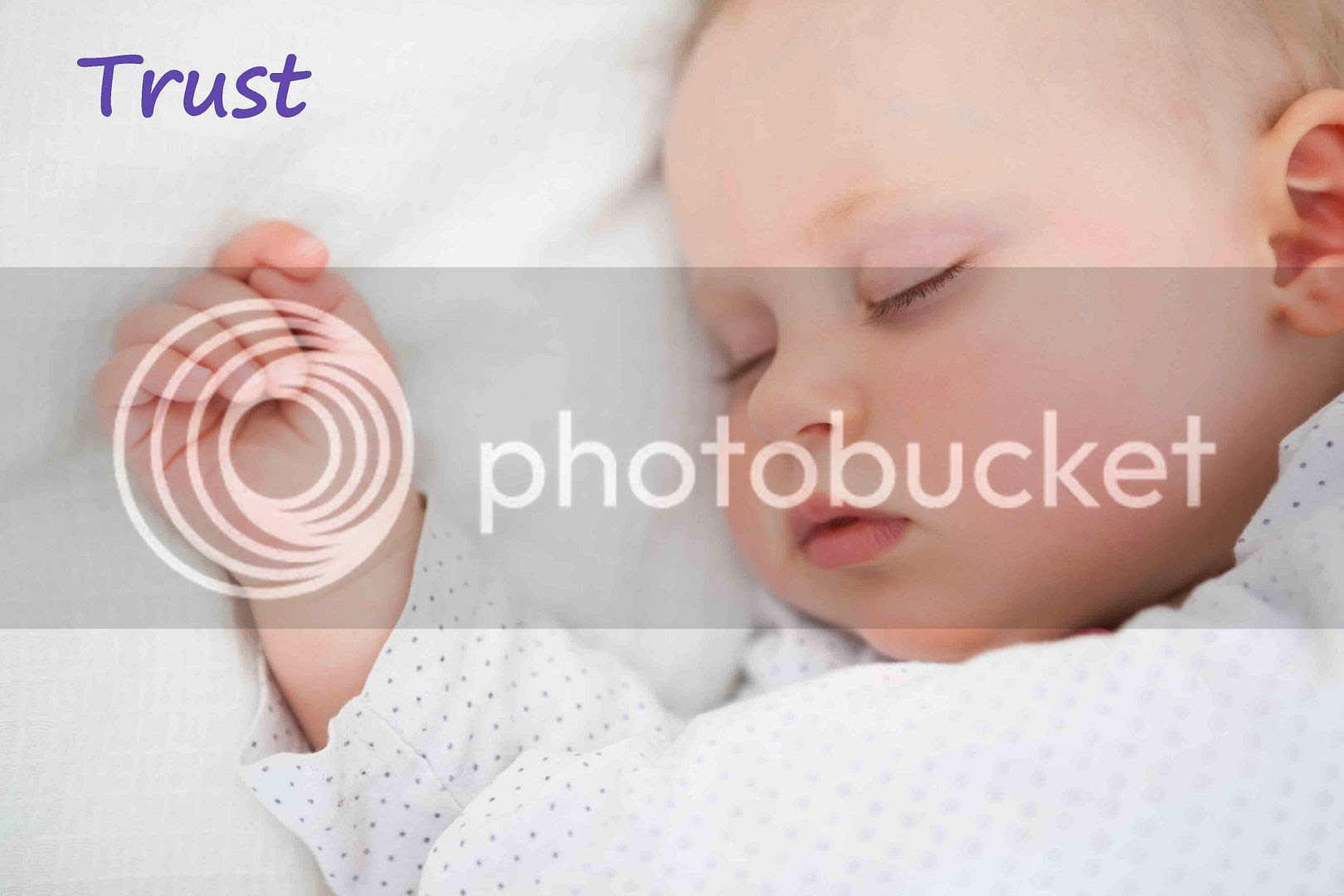 we most need it, they've forgotten how to contact Her.  This disconnection is especially true given the nightly news barrage of misery around the world.  On an evening walk my neighbor commented that everything she saw on the news was so upsetting it was making her sick to watch it. I asked her if she could do anything about what she saw on TV.  She didn't think so.  I suggested she pray for everything to work out.  She thought about it and said, "I forgot I could do that."
There is great healing in Trusting. It's an emotion that causes us to believe things will work out and get better.  It empowers us, helping us to feel safe no matter what we're experiencing in life.  Trust teaches us that it's going to be better in the morning.  So when we see these horrific things on TV that inscribe fear or pain in our hearts, we can Trust in the Divine Mother's care.
The great Bodhisattva Quan Yin, Mother of Compassion, gave up nirvana until all her 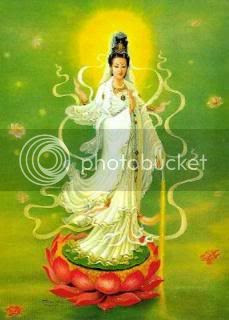 children were saved.  She is the ultimate "Mother of the Universe" or "Mama" that we can call and who promised to hear our cries.  This Great Mother said no matter the trial or tribulation, if her children called her she would take the form needed and come to their aid.  And so the stories of her help are documented all over the world.
So when you're watching the nightly news, or see something that distresses you on TV or Facebook, or anywhere you go, think about "Calling Mother."  She said she would hear every cry.  You can Trust that promise and for that matter, Trust that everything will work out.  For as we look at what is appearing, something much greater is transpiring.  Behind it all, the Divine Mother is working her promise.  It may take a tad longer than we think it should, but Mama hears our prayers!