The Walls of They

The Walls of They

Walls! They're permanent solid structures. They hold up roofs or create space. Sometimes they're built for security reasons. They keep others out. And everyone in. More often than not, prejudice can make them invisible. That wall is the most 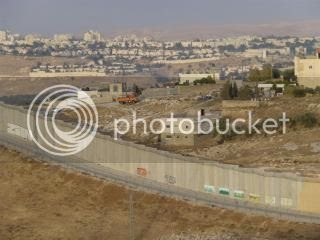 Recently, I witnessed the four-hundred mile long "separation wall" between Israel and the West Bank. I listened intently to the contradictory stories of its purpose and value. "They built the wall to keep us out of our land though my family has lived here for eighteen-hundred years." (A Palestinian taxi driver) "They have no right to this land. It was given to us by God." (A Zionist tour guide) "They are starving us, keeping us from the water we need to grow food." (Gaza resident) "They can't terrorize us any more." (Jewish settler)

The twenty-six foot high concrete barrier is so divisive it has different names, depending on which side you're on. The Israelis call it the "Security Fence" while the Arabs call it the "racial segregation wall." Even journalists had trouble naming it until the International Court of Justice simplified the confusion by calling it "The Wall" and saying it was a "gross violation of international law and basic human rights." 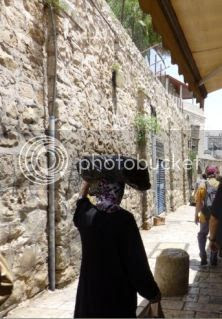 Like every situation we confront, there are always two sides. An Arab grandfather pointed to "The Wall" from the roof of his unfinished home. He said he used to visit his daughter before the wall was built. It took him 10 minutes by car but cars were no longer permitted through the checkpoints. So now it took him two hours to walk around the barrier. He laughed when he said Jesus couldn't walk his donkey to Jerusalem if he came back tomorrow.

A Jewish settler smiled as she watched her children playing freely in the hot sun. She said before the security barrier was built there were daily fears of bombs from terrorists. Now, the children could enjoy themselves with abandon because they were protected by "The Wall."

I wondered if "They" on both sides might soften their positions and mend fences. But I wasn't optimistic. That is until I visited a peace group in Nazareth. I watched "they" who lived on both sides of the wall come together in friendship and respect. Listening to the impassioned pleas for better relations, I thought I saw a crack in 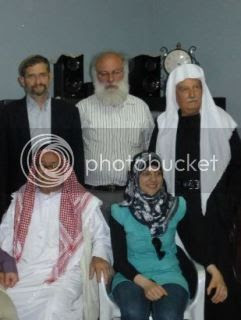 the wall. "They" said the moderates are the majority but they've been silent too long. We have to stop the radicals on both sides of the fence.

It made me think about this country and The Wall we're building between groups, between countries, between religions, between political parties and between families. The walls are physical, psychic, emotional, and more hurtfully, prejudicial. Then I was reminded of something a well respected Sufi spiritual leader said, "It is impossible to think that a country with an up to date civilization would look down on a population."

We are "They." In 2012, as the old ways fall, our work as awakened beings is to heal the rifts between one another and tear down the Walls of They. It is the only way "They" become "Us."