In such a small area of land, ancient religions and cultures collide with what should be 21st century reasons for peace. Yet, despite sporadic periods of dialogue, 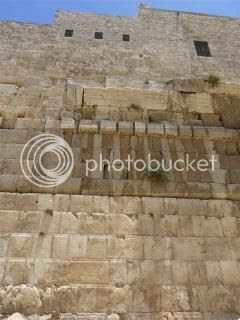 violence and rigid opinions prove peace is as illusive in the area as it ever was. Into that restlessness we went, charged with a mission to hold a harmonic state of being while withholding all judgment on what was being observed. That was the peace pilgrimage to Israel we embarked upon a month ago.

Most impressions of Israel are based on what we've seen on the news. I'd never visited the country before, nor was it on my "bucket list" so I had no preconceived ideas on what to expect. Which was probably a good thing - for it allowed Israel, Palestine, Jerusalem and its stones to happen to me independent of any expectations.

The first thing I noticed about Old Jerusalem was the stone. It was everywhere. Massive, high stone walls towered above you as you walked on ancient stone roads shined smooth by centuries of pilgrims' shoes. Old Jerusalem is a vertical, walled-in stone city. It occupies one-third square mile of space and is holy ground to 35,000 people of different religions, beliefs, cultures and political affiliation. Arab women in long flowing robes and devout Jews in black and white attire scurry to and fro intent on their daily business, never looking left or right or interacting with anyone not of their culture or religion. Eye contact is always averted. The shops lining the stone walls cast you further back in time. The merchandise spills out onto the crowded stone streets as tourists and residents navigate around the displays trying to avoid knocking anything down. 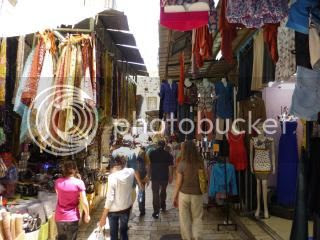 In daily walks through this maelstrom of behavior and activity I felt the stone-like rigidity of centuries of beliefs and hurts. The people carried within themselves all the competing drama and pain of eons of cultural conduct. Meanwhile, the cold stones above, below and around held and mirrored those same bewildering passions and traditions. The stones felt like a colossal hundred foot high fortress constricting the heart of the city and its people. It was suffocating.

Then one night something remarkable happened. Our group visited the roof-top home of one of Jerusalem's inter-cultural peacemakers. The tone of our meeting was gentle and easy providing a tiny breath of hope for right relations between differing cultures. Around 10:00 pm we climbed down six flights of stairs to the street below. As we reached the main stone road to the Damascus Gate, there was a sudden stillness all around us. The shops were shuttered and closed. All the people were gone. The streets were deserted. Even the occasional soldier was barely visible against the dark walls.

The quietness was notable. In that moment I felt something detectable in the air. 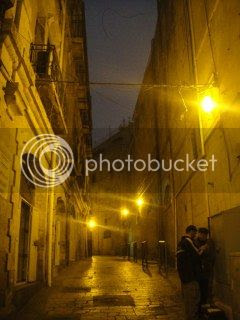 The ancient stones were breathing. There was a subtle rhythm in the walls that felt like the labored release of eons of weariness. With the people and all the religious and cultural baggage removed from the streets, the living stones could finally take a deep breath. I sensed them wearily breathing in and breathing out. In this brief respite of time the stones could recharge themselves until the next day's onslaught of emotional disquiet.

The ability of these ancient stones to endure humanity's contempt and still renew themselves filled my eyes with tears. The Silent Stones spoke volumes that night. The fortress around the heart of the city could still be eased. And Peace was no longer such a distant concept.