Remembering the Real Journey
Our real trip to Peru began after returning home. All who went share that they are ungrounded and experiencing feelings of "not being here nor there." Many say

they've withdrawn from groups, activities, events or socializing so they can find their focus. Others feel a relocation is in the offing, though there's no clear direction on that yet, nor does it matter to where.

Journaling and quiet reflection have been a big help in trying to understand what transpired during those three weeks in South America. In the thin atmosphere of 13,000 feet, where you're closer to the sun than ever before, I was conscious that something was happening, but not what it was. Yes there were connections with the ancient ancestors through the stones and the ruined temples. The spirits were always present around us and visible in every rock formation and mountain. But there was something bigger transpiring behind what was being presented.

Looking back, one event continues to hold a powerful resonance. It turned out to be the most memorable experience for me, no matter how many ruins, stones, monuments or sacred sites we visited. It was an unplanned happening that was immense in scope, though an insignificant part of the overall tour. It was an experience that would become the point from which would springboard a new journey back home. 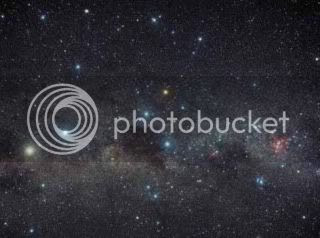 One night, nineteen of us were on a small bus coming out of the Sacred Valley. Leaving the small town of Urubamba, the bus had to make a slow climb over the top of a 13,500 foot mountain in order to get back to Cusco. As we went up the mountain, there were no more villages. There was no electricity in the area. The only lights came from the bus itself. Someone asked the driver to stop at the top of the mountain so we could see the Southern Cross. Hearing the words, "Southern Cross" I felt it was a moment of destiny for me. As the driver pulled off the road and turned off the lights, I was the first one to leap off the bus.

Out there on the top of the mountain, in the cold atmosphere, there was nothing but blackness all around us. The stars overhead looked like large brilliant diamonds that I could reach out and touch. I searched for my favorite star system Orion and found it was at a different location in the skies over South America. Instead of a few prominent stars, I could see all the stars in and around "The Hunter" in ways I had never seen before. There were so many and they were so close. I felt pulled 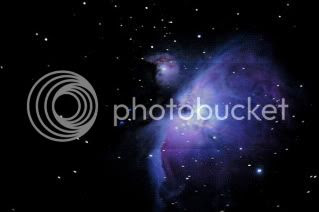 into its formation and heard inside my head the voice of my long gone grandfather re-telling the mythological stories of Orion and the Pleiades. I saw constellations and star systems that I had never before seen because the denser atmosphere and city lights of North America always block them out.

Instead of dim stars with a lot of dark sky between them, this cosmic canopy looked like a great mythic builder had thrown a million large diamonds onto a black velvet carpet. I felt the power of the stars pulling me into their portals and vortexes and I grew physically dizzy with the grandeur above me. There was a sliver of a new moon visible as the entire sky, which was filled with clear starlight, washed down over us. My eyes filled with tears as I became part of the cosmos. In the still moment of silence and reverence, I became imprinted with a powerful universal connection. I had come home!

In the rarefied light-beams streaming in, an invisible seed was planted. In the frequency of that high-altitude it waited. A month later, back home, the seed is 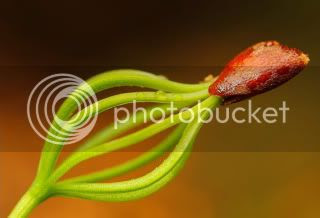 ready to germinate. What it will fully grow into is still unknown. But, there's a feeling of patience and careful watchfulness unfolding as I watch it begin to grow.

This much has been revealed. All of us have been spiritually re-calibrated whether we know it or not. But the new attunement is not yet complete. It has begun with a strong reconnection to inner guidance. The reconnection was always there but I forgot to remember it. Now it's a constant. Its low hum is unmistakable. There's a feeling of peacefulness and expansion accompanying it. It already influences dreams and meditations. The remembering is notable in all forms of spiritual expression. My mandala art and spiritual writings have blossomed in new ways.

The seed is growing inside each one of us. It was planted in our heart centers during the solar disk activation. As it awakens, it will show us how to reconnect to and become our own Spiritual Master. Through the rays of the sun, the Master of the new self is birthing. This Master will be our only guide. This Master is the one we'll trust. This is the Master that we are all in stages of becoming. This is the Master that will harmonize us in such a way that evolution becomes possible on a global

Yes, there are still many spiritual beings alive who will continue to come into our sphere of influence. They will create catalytic sparks on our journey that will act like mid-course corrections for us. But this new seed growing within promises to dissolve the need for the endless string of teachers outside of us. Instead, we are standing witness to the arrival of the extraordinary Master Teacher within us. That Inner Guide will flourish because of the star-gate that was activated in Peru. May all of humanity feel the presence of the spiritual guide within and be comforted by that feeling of sweetness that makes its home in the heart center. Om shanti.