The long seven year routine had been intense and of late, seemingly never-ending. Before it became habitual or lost its fervor, Patricia and I needed a break to 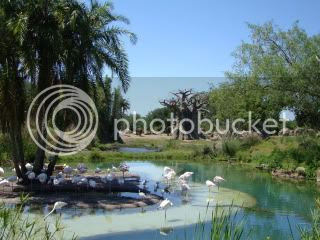 replenish sorely drained batteries. So, we decided to take the summer off.  The decision immediately created a sense of relief, joy, and freedom. But, even as the outer intention was easily put forward, hours of disquiet soon followed.

When an eighty-four month routine is suddenly halted, questions arise as to what might happen next. How long should the break be? Will things be the same or different when the break is over? Should all routines be halted or just some of them? Might you lose your way doing this? What if the splendid feelings of alignment with spirit suddenly disappeared during the break? What if, in this quest to do something totally different, you lost what was most precious? That question was the most difficult. Especially because the last time I took a "time-out" it ended up being a twelve year detour from the spiritual path. Yet, what I learned from that detour was there was no detour! Living life was the spiritual path!

Experience and maturity create a useful walking stick on any trek. Armed with that, and the indelible memory of a "Being" who visibly appeared in 1979 during a meditation and announced, "Do you not know that I am always with you?" before 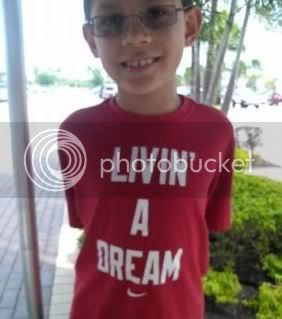 disappearing, it was time to make plans for the sojourn.

Sitting at an outdoor cafe, we talked about where to go and whether or not it would be affordable. Conversation turned to the nature of reality and that life seemed to be a dream construct. We asked abstract questions during lunch, like who was actually doing the dreaming and were we players in the dream? Or was everything an illusion and we were simply a dream? Just then, a young boy came towards us wearing a red T-shirt. The unmistakable answer to our discussion was printed on the front of his T-Shirt. It said:Living A Dream. It was the first of many spiritual messages that were about to unfold.

Our first stop? Disney World! Looking back, it was the most comical of choices. Disney is the punctuation mark of destinations after big events like the Super Bowl. One cannot get further away from an immersion in spiritual work than going to Disney World. And yet, the choice was not made by us but by "the Universe." An unexpected free four-day weekend came along just as the last of our classes were over. In perfect timing, we learned that messages were soon to be delivered.
It's always wise to remember that wherever we go, it's a spiritual journey, and Disney World was no exception. Surrounded by exotic birds in splendid plumage, Silver-back Gorillas on the Serengeti, Tigers and Komodo Dragons living in close proximity, and surprisingly few tourists, Animal Kingdom was a delightful detour into the world of nature. At Epcot we sailed into a world of hydroponic gardens and symbiotic animal/plant relationships clearly demonstrating that the world could be fed in even the most unlikely climates and terrains. We explored gardens ablaze with 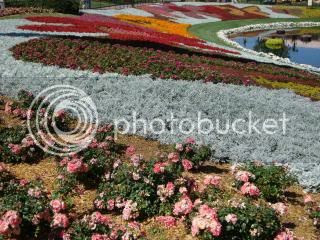 color, gentle butterflies flitting around us and the sounds of laughter, drums, dancing, and languages from every corner of the world. We witnessed people enjoying life and realized, that is what living in spirit is about - finding the joy, seeing the beauty, hearing the song that is life.
In order to get the free weekend at Disney we had to endure a two-hour Timeshare presentation.  But imagine our surprise when the discussion with the sales staff easily turned from selling a timeshare to matters of metaphysics, dreams, psychic phenomenon and ultimately to the nature of spirituality. After a lengthy discussion without purchasing anything, we left with big smiles in our hearts knowing that meeting those specific sales people had been no accident.
While in Epcot, another message occurred in a most vivid way. While in the park, I forgot to get a very necessary map of the venue. The maps were only available at the entrance but we were far inside the park. As the desire became a thought, "I wish we had a map" a map literally floated out of the sky in slow motion and landed at our feet. If there was any doubt that spirit was going to remain in contact the doubts were quickly fading.
But the best was yet to come. As we left the park, we continued discussing our time off, the plans we'd made, and whether this was the right thing we were doing. We knew there was a need that had to be fulfilled, not only for ourselves to come back recharged, but also for those we were leaving behind. As our discussion went 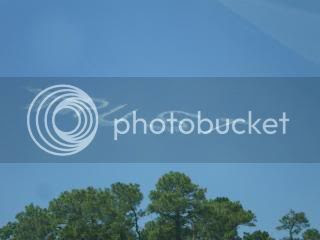 back and forth a skywriter appeared overhead. We watched the plane begin to make huge white letters against the blue sky. First a large T, then an R, then a U. In a few minutes, there above us in enormous letters, was the word TRUST written out in the sky.
This is what we know as this leg of the journey begins. Whatever happens, it's the right thing. We never know how the universe is lining up the patterns in our lives. All we can do is TRUST, show up for the call, and allow the alignment to take place. For some of us, years may go by before we realize that something that happened a long time ago influenced the activity we're currently involved in. But the most important is to follow the desire, TRUST the outcome, and know the Universe stands ready to serve all needs! Like "the Being" said, "Do you not know that I am always with you?"
Trust the messages!
Jo Mooy - July 2012
Posted by StarSoundings at 9:42 AM