HOW DOES YOUR GARDEN GROW

How Does Your Garden Grow? 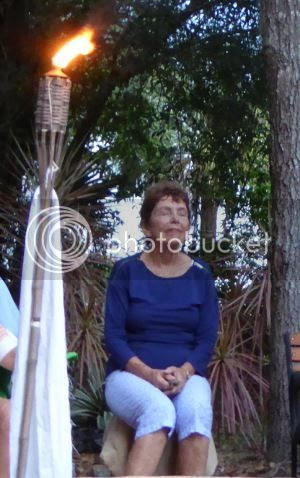 The labyrinth was in a state of disrepair. Tall weeds were growing over mounds of dirt, and several outer rings were submerged by frequent downpours. When she arrived at Unity, Mary Badeau felt deep sadness at the condition it was in. She said it was the same feeling one gets when seeing a hurt or abandoned animal. She had to do something.

She was neither disheartened nor discouraged. Instead, she rallied to the task, intent on bringing the labyrinth back to its full potential. For forty days she did what she called "an intervention." She began the physical work of raising the rings above the water level, carting hundreds of bags of soil to the rings. When needing a rest, she read volumes about Labyrinths.

On the twenty-first day, her friend Susanne arrived to help. These two women, seniors in body but youngsters in heart, worked together for nine months. After the mounds were built up, they placed borders around the rings to keep the soil and mulch in place. Then they added small succulent plants and native species at the edges of the walking area, marking the course. But the real impact of the Labyrinth was the personal tokens. Crystals, small ceramic or stone animals, candles,

chimes, fairies, Buddhas and plaques interspersed the plants. They dotted every section of the trail because visitors were encouraged to bring a plant or crystal to commemorate their walk.

I've walked dozens of labyrinths at sacred sites all over the world, but this one at Unity of Venice was in a realm by itself. It was organic. It was sentient. It was personal. It was mindful. Each item one passed told a story or unearthed a related memory as walkers made their way to the center. As I walked the rings, the nursery rhyme, Mary, Mary, quite contrary how does your garden grow, flitted across my mind. I had to learn more about Mary.

Mary's labyrinth is a story of love. It's the love she and Susanne had for nature that was both spiritual and inspirational. Mary told me "It wasn't until I went into the garden that I gave birth to myself. I asked the question, 'Who am I?" and the transcendent spoke silently through the garden." She and Susanne arrived early each morning to begin their work. The birds would be singing in the branches of the great oak grandmother trees that surrounded the labyrinth. Each of the magnificent oaks revealed a name to them.

The design, she said, was intuitive. "We both love color and texture and we would surprise each other with trays of flowers and plants. We followed the chakra colors. Row 1 was red, Row 2 orange, Row 3 yellow. It was a challenge because some plants like sun and some like shade. Some like to be dry and some like wet. They 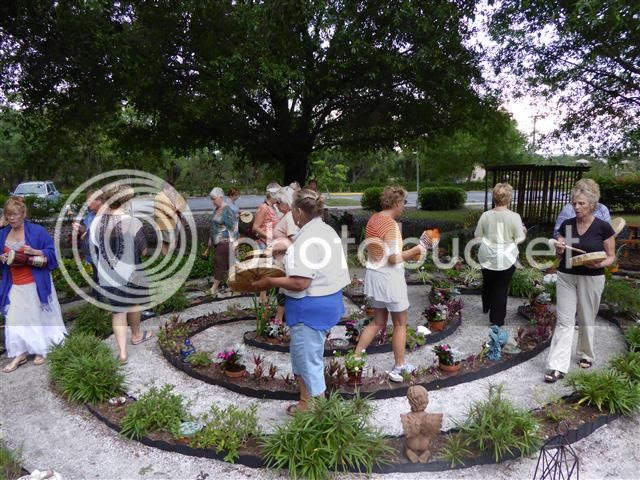 let us know fast if they were unhappy."

When I asked her why she and Susanne did it, she replied, "For the sheer joy of it. Even the hard physical work was wonderful. Going to the labyrinth every morning was like running to a lover, delighting that it was still there. But best of all was being in the silence of living, growing things." She continued, "The labyrinth is a silent teacher. Without words or books it allows me to engage in the mystery of being for the sake of being and creating. I know what harmonic balance feels like. I can see how it works. The labyrinth inspires dancing. Sacred encounters. Expressions of joy. Exploring. Picnics. Conversations on the benches. Birthday parties. Children running and playing in it. It brings joy."

The labyrinth is a metaphor for the journey of life. The many rings meander around a path, asking us to simply walk forward in mindfulness. The journey of Susanne's life was that. But sadly, it was soon cut short. On the day the labyrinth was dedicated in a Summer Solstice ceremony, she felt "something was not right." Within three months she learned she had ALS and within a year transitioned. A 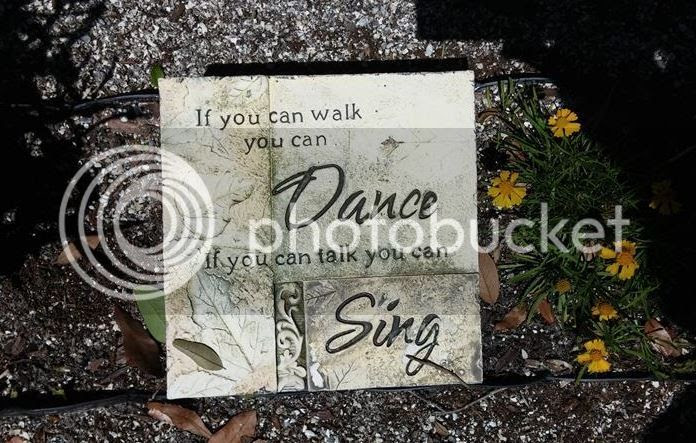 The labyrinth is an ancient archetype symbolically conjuring up the path to the center of inner stillness. Mary's devotion to gardens, to nature, and to all living things is a metaphor for love. For what is love but service to others. In creating and now maintaining this labyrinth her nature is joyfully expressed without fanfare. Mary, now known as the Keeper of the Labyrinth, is quick to remind everyone that Susanne was an integral part of its creation. Even though she's gone, Mary knows she's continually working on it from the other side. In Mary's expression of loving service we experience their peaceful blessings with every mindful step we take on this memorable labyrinth.