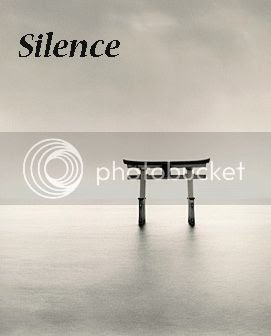 After several months of travel it's hard to get back into the swing of writing. The act of traveling or experiencing new things always inspires topics. As I looked back on the past five months, I wondered what should I write about. Then quite spontaneously, an idea floated in from a familiar place. While on the road, I was aware that a current was running just under the surface of all our movements. It wasn't loud nor did it demand attention. It was gentle and very subtle, pinging up through the various activities. Though it never overrode any activities. It was always there nonetheless. The current was "Silence" and it became a great friend.

In the summer of 2015 the US Supreme Court ruled on several landmark decisions. They said a Muslim woman could wear her head-scarf at her place of employment and in another ruling, Muslim prisoners could grow beards. They said the State of Texas could ban the Confederate flag on license plates. They upheld subsidy provisions of Obamacare. They approved same-sex marriage in the U.S. Needless to say these decisions polarized the country further.

The Supreme Court rulings had a direct affect on our experiences while traveling. Standing at the barriers on the streets of Charleston after the murders of nine people in a Bible class, it surfaced. I could have expressed sorrow to those 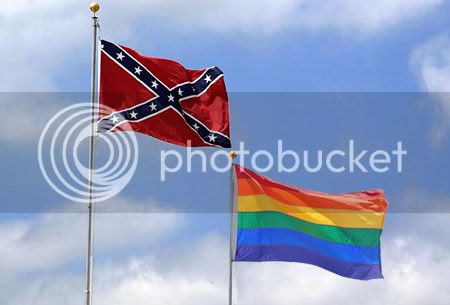 standing near. It would have been the normal thing to do. But "Silence" said say nothing. Everyone knows and shares the same emotions as you.

Waiting in the lobby of a restaurant in the south, a large screen TV blared the news of same-sex marriage. A young couple in their thirties listened to the announcer. They began to expound on what they heard. HE: That's it for this country! It's against God. SHE: We should think about moving somewhere else. HE: Yeah, we should leave the country. It's not ours anymore. Both of them looked at me for agreement. Thousands of one-liners floated in for a retort. Then "Silence" said say nothing. Move away. I stared at them for a moment, swallowing the one-liners that begged to be let loose, and left.

On one of the hottest days in the North Georgia Mountains we visited Tallulah Falls planning to hike to the bottom of the canyon. At the first turn of the trail we stopped. Heat and exhaustion were taking a toll. We went back to the visitor's center to rest.  An Indian woman in full length sari and robes was brought in by her friend. Her face was bright splotchy red and she was heavily panting.  Through

gasps she complained that her heart was racing. Her friend looked frantic. Silence said help her. Without knowing what we were doing, we told her to run cold water from the water fountains across her wrists to cool the blood. Within fifteen minutes her color returned and her heart slowed down.

Every experience and every person we meet has a direct purpose on our path. Each can be a tool for growth or one that keeps us bound to where we are. It's often difficult to remember that, much less act in accordance with it. Training in spiritual practices can enhance our awareness of events. But it takes a real commitment and a strong desire to interrupt the "normal" responses and act differently. Treating each of these experiences or people as a potential ladder on the journey changes our response as well as the outcome.

When we listen to the voice within, we develop a direct way of raising our personal level of consciousness. It takes great diligence and constant practice. But when we do, Silence becomes the Healer. It heals us by changing how we react to things. And in turn, changes the situations we encounter.