What's Love Got To Do With It

What's Love Got To Do With It?
It was 1984 when Tina Turner first asked that question in a song. The question has 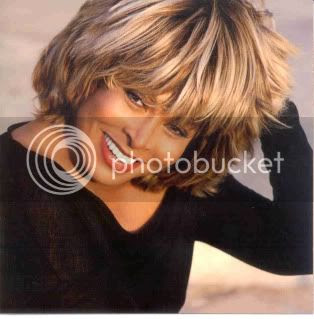 colored the world that I see ever since I first heard it and it's become a pseudo-mantra in raising my own consciousness. When confronting any challenge, life change, large or minor life situation, the mantraWhat's Love Got To Do With It? puts a spin on the event that begs for more careful examination of what's being observed.
While the song highlights the physical, emotional and mental experiences associated with love, other aspects of love are alluded to. For, as the lyrics proclaim, "it means more than that."
Philosophers, scientists, chemists, biologists and mystics all interpret love from the lens of their focus. They say: Love is a chemical reaction in the brain; love is an emotional sensation; love is a religious experience; love is a magnetic energy field; love is God. From each perspective they're all correct. But sometimes, love can't be defined in scientific or metaphysical terms. In fact, when we see the effect it can have on humans or animals those definitions are useless. What's love got to do with those definitions? A whole lot more! 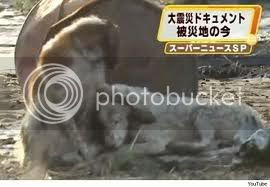 Worldwide, there are countless stories of compassionate caring and loyalty between species and within the same species. Recently, an internet video with over two million hits, showed a remarkable dog in Chile pulling its injured "friend" out of the way of four lanes of oncoming cars after the friend had been hit on the highway. After the tsunami in Japan, a Springer Spaniel stayed by the side of its injured companion for days, refusing to leave it even when rescuers arrived. Soldiers who have been away for years in Iraq or Afghanistan return home to find their loyal hounds overjoyed in welcoming them back. One video with over ten million hits shows a soldier arriving home from Kandahar, his duffel bags on the grass, as Gracie his Golden Retriever hears his voice, rushes from the house, circles around him and slobbers kisses all over him until the film runs out. What's love got to do with that?Everything! But love still "means more than that." 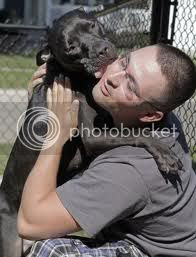 Love is a quality that's beyond the physical, emotional or mental ideas. Love is an ideal. It's a force in life that creates an energetic bond between beings. This force binds us together through loyalty, love, memory and friendship in a common compact. It causes us to risk our lives to save a stranger by rushing into burning buildings, forging raging rivers or standing in front of a shooter. This love which is selfless and unconditional, is the perfection of what we can become.
On this second month of 2012, we celebrate Valentine's Day, a day dedicated to Love. Future generations may look back and ask what really happened in 2012. They may find that Love had everything to do with 2012. In the new world dawning perhaps every day will be a day dedicated to Love. What a legacy to leave the earth.
Jo Mooy - February 2012
Posted by StarSoundings at 4:42 AM