After a lazy three hour drive Patricia and I arrived in Mount Dora, a small lakefront 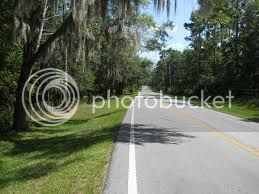 "destination" town about thirty miles northwest of Orlando. We'd been hearing about Mount Dora for a few years. Friends described it as "Victorian, quaint, artsy, antiques and charming." So, with our seminars and retreats completed for the season, we took an overnight trip to the area arriving in time for lunch at a scenic restaurant overlooking Lake Dora, the town's claim to fame.

This journal is not about the "Victorian, quaint, artsy, antique" sights of Mount Dora which we found trite. But in order to set the stage for Ice Cream Jane, the town should be portrayed. It's a tourist town filled with endless rows of gift shops displaying kitschy items. The only shop that enticed us to enter was the Used Book Store. The single Victorian building we found was the Masonic Lodge which unfortunately was closed. It might have been interesting to tour it.

After walking the few streets in the humid hot afternoon, we felt we'd made a big mistake coming to Mount Dora. What were we missing about this town? Especially as so many rated it very highly. So, we went looking for an ice cream store to ponder the question. There were only two seats next to an elderly woman who sized us up, decided we were OK, and patted to the two seats.
It's hot out there we remarked sitting down, though the heat was not bothering her with an over-sized dish of ice cream in front of her and an umbrella imprinted with miniature hot-air-balloons hanging on her chair. She looked like a "local" so we asked her "What do you do here?" Momentarily perplexed by the question, she replied with a laugh, "I live here!" as though that explained everything. She was beautiful with an engaging but serene presence. Her snow-white hair pulled back in a bun framed her sparkling blue eyes. With nothing calling us outside the ice cream shop and by silent agreement, we let the conversation evolve. It soon became clear why we'd come to Mount Dora. It was to meet Ice Cream Jane.

Not knowing her age I addressed her as Miss Jane. She was a triplet, born in Pennsylvania, to parents with nine children. She was an identical twin with JoAnne while Judy was a fraternal sister. She told us the story of meeting her husband who was an only child. She found that amusing and odd that he was an only child yet married into such a large family. Everything she told us was punctuated with a follow up comment like "Don't you think so?" or "Have you ever heard anything like that?" enchanting and thus engaging her audience further.

She was a school teacher fifty years ago but had to quit teaching because of
"those kids in the sixties." We told her we were "those kids" but she waved that comment aside with a merry laugh. Instead, she told us she'd gotten a degree in nursing and switched careers. She told us proudly about her successful children - lawyers and teachers. She came to Mount Dora five years ago after her husband of 59 years died. And in Mount Dora she knew every shop owner and restaurant owner along with the history of the town.

Before ending any part of her story, she inquired about our lives. Her questions always related in some way to her own story. I began to notice synchronicities between some of her life events and ours. She did too, commenting on it frequently. I asked her, "Miss Jane, do you believe in synchronicity?" Without missing a beat she said, "Sometimes, but not all things are synchronous." Pursuing the opening I asked her to explain. She said "Some things just happen; some things get put in your path; some things you have to figure out; some things are a sign." Warming to the topic the old sage said, "You'll know!"

Soon it was time for us to leave. But I wanted to ask her one more question. "What life lesson would you leave for your grand-children or great-grandchildren." She grew quiet for a moment and then said, "Be kind. Be kind."

We fully expected to say goodbye at the door of the ice-cream shop. But Miss Jane wanted to accompany us to our car which was several blocks away. She opened the 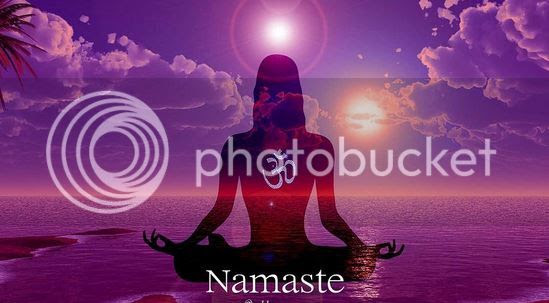 umbrella up over her head and began to walk with us, telling us more stories about her life. When we reached the car she saw the Namaste bumper sticker and inquired about it. When I explained that it meant, "the Divine in me honors the Divine in you!" and how the people in India greet one another with a hand over the heart, a slight bow of the head, and the word "Namaste" she cooed in delight. "I love that," she said over and over.

Standing by our car, I bowed to Miss Jane, put my hand over my heart, and said, "Namaste." Tears welled up in both of our eyes. She took our hands in hers and said, "Today has been my favorite day of all time. I'm glad you came into my life today." It was hard to keep the tears back.

Posted by StarSoundings at 3:03 AM